An area rug is a special piece of art that
will add a touch of style to your home and become
the focal point for any room. Rugs provide warmth
and luxury that truly turns any house into a loving home.

Since 1947, Coles has been a leading retailer of fine flooring in the San Diego area. Coles offers a huge selection of area rugs, including power-loomed rugs and fine Oriental Rugs from the rug-weaving capitals of the world. The Coles name is a recognized benchmark of quality in the rug industry. We are the winners of the National Award for Outstanding Retailer of the Year in 2001.

Your purchase of a hand-knotted Coles Oriental represents elegance, value, fashion, and innovation. Often, however, we find that consumers are cautious about acquiring hand-made Oriental Rugs simply because there seems to be so much “mystery” surrounding them! On the first encounter, the world of oriental rugs may seem a bit intimidating. Oriental rugs, in addition to functioning as useful household furnishings, are true works of art, fascinating in their richness of design, their symbolism, and their delightful colors. To understand oriental rugs merely requires a sense of geography and a little history. 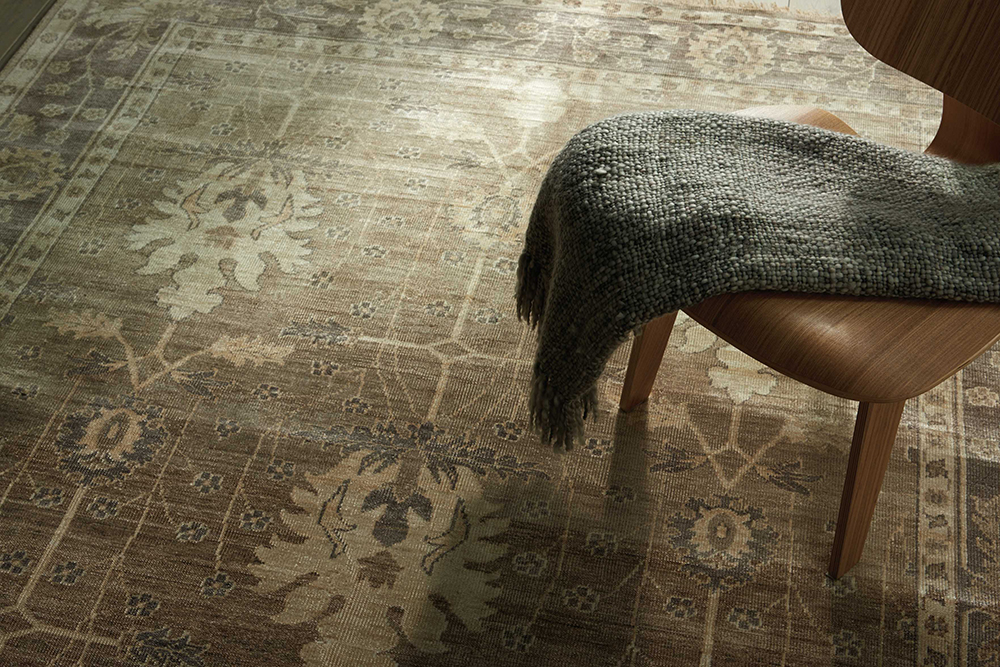 The term “oriental rug” refers specifically to hand-knotted rugs from the middle and Far East rug making centers. The emphasis is on “hand,” for no rug made by a machine deserves to be called a genuine oriental rug, and rightly so. A finely woven oriental rug will have upwards of 180 individually hand-tied knots per square inch, and a skilled craftsman will tie 800 knots an hour. Simple arithmetic shows that a 9×12 Oriental rug can be the result of 3500 hours of labor! Even with two or three craftsmen working simultaneously the rug will take many months to produce.

The first oriental rugs were created by nomad tribes-people of Central Asia about three thousand years ago. Being shepherds, first of all, they had ample wool. More importantly, however, they had a real incentive: bitterly cold winters. What we now call “rugs” were first created as wall hangings for tents as protection against drafts. The idea of placing these works of art on the floor (and actually walking on them!) is a relatively recent custom, originating in Europe about three hundred years ago.

The Mystique Spreads to Europe
Though few ancient examples exist, oriental rugs have been well documented in European paintings since the 14th century. When Marco Polo and others began returning from the “orient” (now Turkey) with samples, European high courts became fascinated with the exotic beauty and mystery of the rugs. Oriental rugs were immediately cherished as works of art and were much sought after as symbols of wealth and sophistication. It was because of this high regard that the rugs were included as backdrops and ornamentation in religious paintings and royal portraiture of the time. As the popularity of oriental rugs grew, European merchants began importing rugs from Turkey and Persia on a regular basis and demand has continued since.

The Oriental Rug in Today’s World
Today the designing and coloring of oriental rugs have become increasingly more responsive to Western tastes, and the export of rugs is often an important part of the producing nation’s economy. The major rug-producing countries in the international market include India, China, Pakistan, Turkey, Iran, Afghanistan, and Nepal. While tribes and villages continue to produce rugs on a local level (names like Herez, Ispahan, and Oushak describe the town or region where a rug design originated), availability and price are often subject to international politics, economic conditions, trade laws, and tariffs.

Regardless of politics and economics though, the genuine Oriental rug remains a work of art, still handmade one at a time, using the same painstaking techniques that have remained unchanged for thousands of years.

Today, Oriental rugs are more popular than ever as American decorating style evolves. While an oriental rug is always at home in a traditional room setting, decorators are also using the intricate pattern and color as a counterpoint to contemporary decor. Many first-time buyers are new to this exotic world of color, design, and language and questions frequently arise.

Is an Oriental Rug Really a “Work of Art”?
The answer is a definite “yes!” And like all art, you’ll be drawn to some rugs more than others. The design and color of oriental rugs follow centuries-old traditions; new rugs are interpretations of those motifs, conceived by a real artisan, taking several craftsmen many months to hand-tie the millions of knots that make up an average 9×12 Persian design.

Isn’t the Designa Little “Busy” for My Home?
In the showroom, an oriental rug is subject to much staring and close attention. The center medallion of a Persian design rug may seem enormous; the colors may seem a little intense. In a natural room setting, however, the rug tends to “calm down” a little. While in the showroom, try to view the rug at the distances and angles from which it will be encountered at home.

Why Do they Add the Fringe?
Actually, the fringe was there before the rug! These cotton threads run the entire length of the rug and form the “warp” onto which the weaver ties the knots. When the rug is cut down off the loom, the ends of the warp become the fringe.

Why Does the Color Seem Lighter from One Side?
The dyed wool from which the rug is made doesn’t stand straight up. The pile “leans” in one direction, and light is either reflected or absorbed, depending on where you stand and the source of the light.

But Even When I Stand in One Place, the Color Still Seems to Be Different Shades. Why is This?
Variations in color are part of the natural beauty, of handmade oriental rugs. Often, wool is dyed in separate lots, and this will sometimes cause a slight difference in hue over the course of a rug. In Persia, this difference is called “dohrang,” which literally means two colors. A more commonly used international word to describe the same effect is “abrash.”

Power loomed, or machine-made, area rugs offer beautiful rugs at an affordable price. These rugs are loomed either of synthetic fibers such as nylon and polypropylene, or of varying grades and qualities of wool. The development of technological advances has revolutionized the entire area rug industry, making modern designs and colors available to everyone. 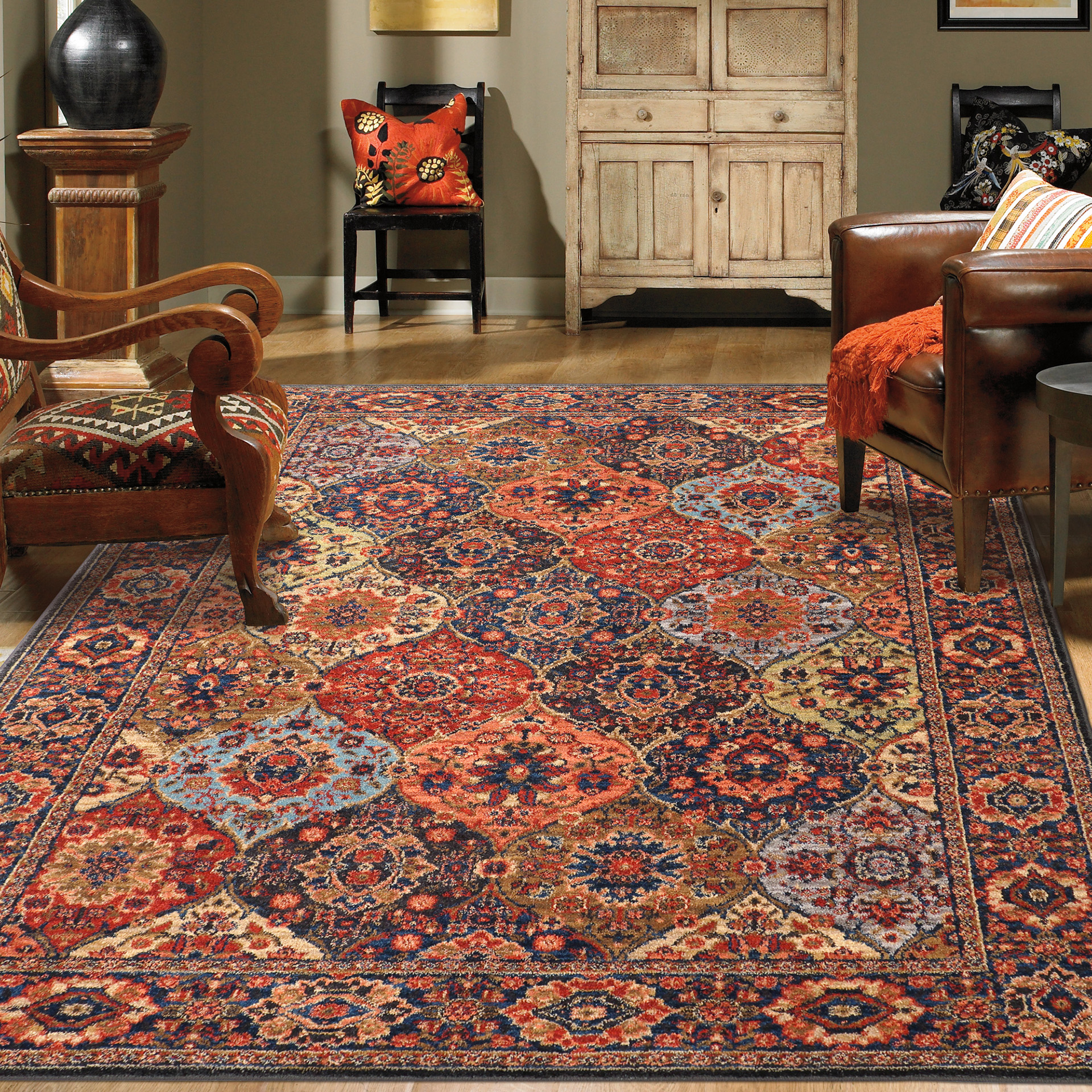 Style. Selection. Service. Making Coles the local leader in Area Rugs and Fine Flooring in San Diego. Value You Can Trust Since 1947.